Disclaimer: This blog post may contain affiliate links. As an Amazon Associate I earn a small commission from qualifying purchases to fund my coffee drinking habit if you use these links to make a purchase. You will not be charged extra, and you’ll keep me supplied in caffeine. It’s a win for everyone, really.

The garden might not be planted, but plants are still growing. What all is growing on our little intown lot, what should be growing, and what shouldn’t be.

The raised beds are still being built, there is no dirt ready to go in. We (read Brent) has made and sold 31 raised beds. That means mine are still on the list. Since I don’t have to pay for him to build them, and the other beds pay for mine, I don’t mind one bit. This gives me more time to plan and make sure exactly where I want them. They can be moved, but it really isn’t an easy task and then I have to plant grass. I think I’ll just make sure I know where I want them first.

When we moved in to our home 2 years ago there was a huge bush in the front garden bed. I had no idea what it was, but I assumed I could take it out later if I wanted to. Well I turns out that bush is an azalea bush (so I have been told). It is absolutely beautiful for approximately two weeks. After that the pretty flowers shrivel and die. The only thing is they don’t just fall off. They stick around for weeks. I just do not have the time to pick off every single dead flower so it looks horrible for a while.

Last year we had a very late frost and it had just bloomed. Every single flower on it died. They hadn’t even fully bloomed yet. I was so disappointed. We are just starting to bloom now so I am hoping we are done with frosts for the year so I can enjoy the short time that bush is pretty. If it happens again it’s gone. I will just replace it with something green or something edible.

The built in garden bed on the front of the house has strawberries planted in it. It needed something green and beautiful in it last year and I just hate the idea of buying and planting flowers every year. I decided we needed fruit somewhere on the property. I purchased 12 strawberry plants for the area, and a stray cat killed 3 of them. So 9, I had 9 strawberry plants. We had a decent little harvest off of them last year. Not enough to do anything with, but enough for the kids to grab some here and there to eat. This year the bed is over flowing. I may end up having Brent build me a bed just for strawberries and transplant a few of the new shoots.

This year I am trying something new. I didn’t have any luck growing my root veggies in my normal raised garden beds last year, but they did amazing in my pots that had potting soil. So I had Brent drill holes in the bottom of plastic storage totes. I filled them with a potting soil I was able to purchase by the yard at a local business. So far I have planted my onion sets in 3 of them. This week the kids and I will get the radishes and carrots in a few more.

Our Greenstalk planter seems to be doing well. We have planted our lettuces in it. I am not taking it in when it freezes, or snows like last week. So I am just hoping for the best. Honestly it is doing great for having 2 inches of snow on it last week. They are no where near making a salad, but they are growing!

The garden starts in the greenhouse

Some things are doing amazing in the greenhouse, others not so much. Getting my peppers and tomatoes to sprout is proving difficult. It doesn’t help that half of them got knocked over and had to be started all over again. I am finally seeing spouts popping out of the soil. We still have 3-4 weeks before I even think about putting any plants in the garden. I have time still, but I am wishing they would hurry up! I was starting to wonder if they were going to grow at all.

My squash type plants are growing very well. I am starting to get true leaves on a few of the plants. These will need to be up potted and separated soon. They still have a bit before they can be planted so I want to give them as much room to grow as I can.

My cucumbers are growing, well most of them. I still have some that have yet to sprout. If I don’t get anymore sprouts I will just direct sow the seeds. In many areas that is how they do it, but with our shorter growing season I try to get a head start on the growing season. It really isn’t too big of a deal. We are in Indiana, not Canada so we do have around 170 days. There is still time.

I finally found them!

Okay, well I didn’t. Cameron found them. Back in February I ordered 12 different types of flower seeds. Four different types of sunflowers, 6 types of zinnias, 1 petunia, and 1 aster. The entire package went missing. They arrived in the mail, I opened them, showed the kids, put them back in the padded mailer. Then what? They were gone! I searched and searched for them. The kids searched, I mean not well, but they glanced around a few times. Today Cameron was cleaning up around a bookshelf in the dinning room and boom! There it was. It had fallen back behind it and was hardly visible.

I hugged him, thanked him, praised him and took off to the greenhouse. There isn’t too much time left, everyday counts. I planted 8 each of the 4 different types of sunflowers. They are going to be so pretty and huge. I am so excited about them. Of the other 8 types of flowers I planted 4 of each kind. I did over seed the soil so I can separate them out later if I get more than 4. I have a nice sized flower bed in front of our house that I have nothing but weeds growing in so I am hoping to plant some zinnias there. Maybe I’ll get lucky and they will reseed and I wont have to plant anything there next year.

Of all the things I grow these are my favorites.

These little and not so little monsters are so damn cute I just couldn’t leave them out of this. I say a lot of names but I am guessing not too many can put a face to the names. I figured I could brag on how cute my kids are and do a bit more of an introduction.

These are my twins. They are 10 now, that’s hard to believe for me. They are so different I sometimes forget they are twins. Cameron is my oldest, by 2 minutes, then came along my only girl, Miss Olivia.

Next in line is Gage, G-money, G-man, or GG to the triplets. He is my trouble maker, but my sweet snuggle monster. He can make you want to pull out your hair and give the best hugs all within 5 minutes. He also makes a great ninja.

Then came along the triplets. Magnus, Perceval, and Laurence. I am not quite sure how I have survived almost 2 years with them, but some how here we are. They are too much. Waiting are the big kids soccer games makes them crazy.

My last baby, number 7, the finale? Who knows, but right now Finnegan is bringing up the rear of our family. My sweet, happy, adorable little boy

Pin me for later!

Previous Post: « Day in the Life: Saturday in a Large Family
Next Post: The Best Affordable Homeschool Curriculum for our Large Family » 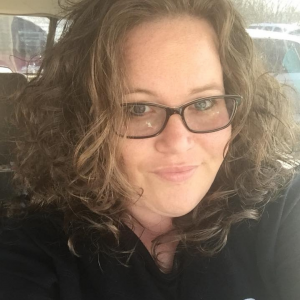 Hello! I’m Stephanie, mom of 7, doing my best to live a simple life with all the crazy around me. Read more about me here.